Cooooorr its been a scorcher recently!

Its been noticeable that the fishing of late has been a bit more sporadic than usual. The fluctuating temperatures and longer days are now playing their part in the feeding habits of our fish.
Interestingly, its been noticeable that there have been significant buzzer hatches early and late on here at Chew Valley. Pictured below some of the buzzer shuck 'scum' recently photographed at the lake. Almost oil like in appearance the mass buzzer hatches early and late on are a possible explanation for the tricky fishing on occasions. Some anglers have noted that spooning fish has shown masses of buzzers deep in their gut suggesting the fish are gorging very early in the morning or late evening. 'The early bird catches the worm' could well ring true at present. Short sessions at peak times can often be more rewarding than long sessions.
At Chew its noticeable that there is still a very good spread of fish across the lake. Lately the areas of Stratford, Heriots and behind the island have really come to life. If you are venturing out be mindful that the average size of fish at present is very high. Its often a fine line between choosing leaders that are thin enough in diameter so that they wont show in clear water, to leaders that will be strong enough to tackle the strongest of fish. At times of year like this, it often pays to pay particular attention to detail with your cast and fly patterns used. Paying a bit more for your leader material can really pay dividends.
On calm days the fish have been up on top and there has been some respectable bags taken to dries. Hawthorns are still about so don't dismiss a larger black pattern such as a black hopper when fishing on top.
Damsels are starting to appear in better numbers now and those who prefer to fish nymphs' and buzzers should do well in the right conditions. On brisker days a midge tip may help as the fish have been found a little deeper on occasions.
Fresh fish have been appearing around Walley bank of late that can offer some relief to a challenging day. The better grown on fish seem to be wandering across open water of the false island, Heriots, Stratford and Moreton although there are a whole host of other areas well worth exploring.
Pike fly fishing has been good in general and now that a little bit of green algae has appeared this can often encourage fish to take a fly closer to the boat than usual. Crystal clear water isn't always a great thing when targeting these toothy critters, they can be noticeable wary of a fly being drawn to a boat on a retrieve and spook.
Blagdon has become harder around the Top end/Bells bush area of the lake and the new hotspots seem to be Butcombe and Home bay. Very similar tactics to Chew are being deployed and working well although as weed beds start to grow don't hesitate in trying corixae patterns such as red diawl bachs. They can be deadly fished close to emerging weed beds.
For the wandering angler a whole host of bank areas at both Chew and Blagdon are worth exploring at present, make the most of freely accessible banks before the weed beds develop further. At Chew, try Walley bank, Nunnery Stones and the North shore in particular. At Blagdon, the Ash Trees, Rainbow Point and Cheddar Water are all worth a go.
The tanks have been on fine form of late with the ever popular pipe on 3 still being a very popular choice for many. The Bristol corner of tank 3 has also been good along with the roadside bank on tank 2. As ever dries will be worth a try late on at the tanks in coming weeks but during the day fishing a little deeper with a slow intermediate or similar may be a better shout as the concrete bowls warm up the water fast. During the day fish are likely to be sitting deeper in the water columns.
Fresh stocking's are due to take place next week to continue the excellent sport seen this season. Boats are filling up particular fast at present with many days this week seeing the lakes fully booked. We strongly advise booking as early as possible to avoid disappointment. Bookings available via clubmate.
A polite reminder. As the temperatures increase make sure you stay hydrated and regularly eat when fishing. The hot temperatures can take their toll and often catch anglers out with a striking sunburn when close to the water. We also continue to remind anglers to abide by the latest covid-19 guidance and look forward to welcoming you to our waters.
Pictures compliments of Martin Cottis 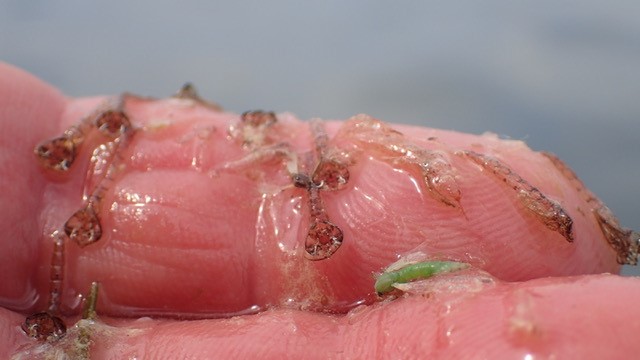 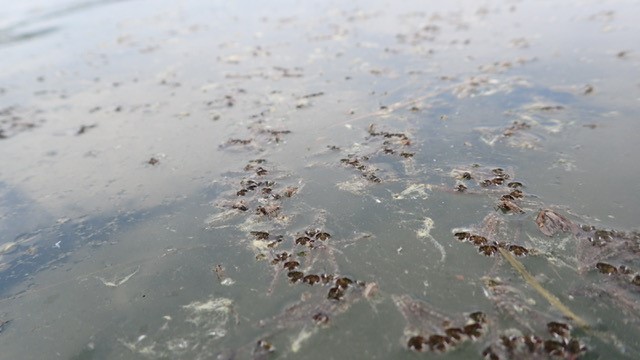 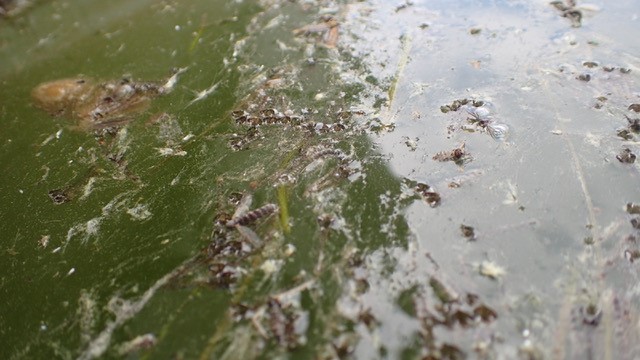 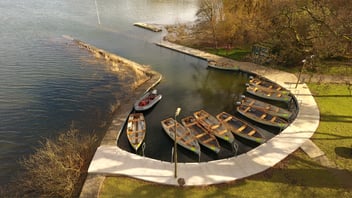 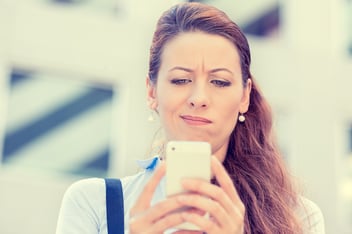